Polyvinyl Acetal Adhesive
As early as 1924, German scientists W.O.Herrmann and W.Haehnel found that polyvinyl alcohol can react with carbonyl compounds in acetal in the presence of acid in a suitable medium and applied for a patent. Soon, the company I.G.Farben synthesized polyvinyl formal. China began to develop polyvinyl acetal in 1956. The commercialized polyvinyl acetal mainly includes polyvinyl butyral, legal, and a small amount of methyl acetal and other mixed aldehydes. Polyvinyl acetal has high mechanical strength and excellent electrical properties and is an important material for producing enameled wires with high toughness, flexibility, wear-resistance, and high dielectricity. Its production process is simple, the price is low, and its performance is good, developing rapidly. It is mainly used in civil construction, building decoration, printing and binding, wood processing, label sticking, paint manufacturing, office supplies, handicraft manufacturing, shoemaking, luggage, and bags. And other industries. In the late 1980s, formal, polyvinyl glue (107 glue) was widely used in China, and it was called the "universal glue" in the construction industry. The Industrial Structure Adjustment Guidance Catalogue requires eliminating the use of 107 glue.

Polyvinyl Acetate (PVAc) Emulsion
Commonly known as white latex, it is generally based on vinyl acetate monomer (VAc) as the main monomer, water as the dispersion medium, and polyvinyl alcohol (PVA) as the protective colloid. It is a polymer emulsion made by copolymerization with other monomers. It has the advantages of a single component, convenient use, low price, non-toxic and harmless, and non-flammable. At present, polyvinyl acetate emulsion adhesives are mainly used in wood processing. Tenon joints, splicing of blockboards, repair and splicing of veneers, repair of plywood, and secondary processing of wood-based panels. In addition, it is also used for gluing porous materials such as paper, cloth, leather, ceramics, etc., as an interior decoration adhesive in the construction industry or as a base material for latex paint.

Acrylic water-based adhesive
Acrylic adhesive is a type of emulsion adhesive obtained by copolymerizing various acrylic monomers. Since acrylate monomers are prone to self-polymerization or copolymerization with other vinyl monomers, acrylate emulsions with different properties can be prepared through molecular design. As a kind of water-based adhesive, acrylate emulsion has the advantages of safety and pollution-free, easy synthesis, short polymerization time, convenient use, high polymer molecular weight, and good adhesion to various materials. business value.

Rubber latex adhesive
Neoprene latex water-based adhesive is a commonly used water-based product. The mechanical strength of water-based neoprene rubber is similar to that of solvent-based neoprene, but there are problems such as slow drying rate and improper application time. In the 1990s, automobiles and woodworking furniture provided good development opportunities for water-based neoprene adhesives. To improve dryness and contact, adhesives with high solid content and low emulsification dosage were developed. The 50% to 60% in the 1950s has increased to 60% to 70%. CR latex is especially suitable for the preparation of upper rubber for leather shoes, which can bond soles, toes, canvas, and synthetic fibers.

Polyurethane water-based adhesive
In 1942, the German P.Shlack successfully prepared water-based cationic polyurethane for the first time, but it was not paid attention to at that time due to high cost and poor stability. It was not until the late 1960s that it began to develop rapidly due to environmental protection factors. The characteristics of the polyurethane-based water dispersion are that the viscosity has nothing to do with the molecular weight, and it has the properties of non-toxic, non-polluting, and non-flammable, and a sufficiently high molecular weight can make it form an adhesive film with excellent performance, which has good adhesion to a variety of materials. Sex. In 1967, polyurethane emulsions were first industrialized and introduced in the US market. In the 1990s, waterborne polyurethane developed rapidly in China. Now water-based polyurethane adhesives have begun to be used for the bonding of some automotive parts, such as PVC artificial leather for automotive interior parts, dashboards, fenders, door panels, carpets, ceiling lining bonding, etc., and can also be used for bonding. Shoemaking. The use of composite films and water-based polyurethane shoe adhesives has been on the rise in recent years. 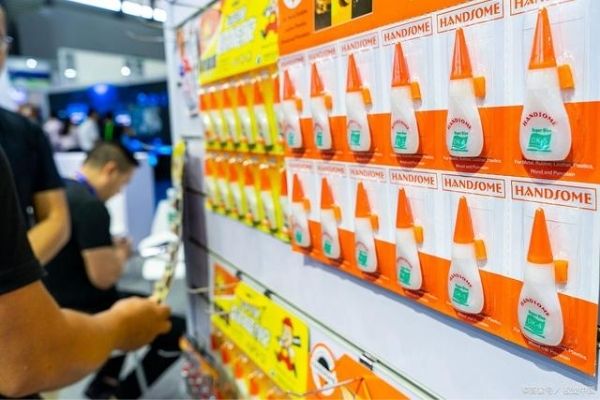 Super Detailed Introduction of the Main Components of the Adhesive